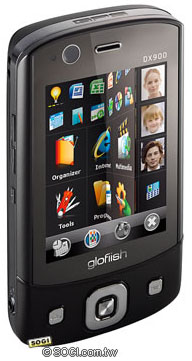 E-TEN has launched new phones at this year’s Computex. Let’s briefly go through each of the devices, shall we.

First comes the Glofiish DX900 which we saw back in May and then we knew it will be unveiled during Computex. The “Best Choice of Computex” award-winning device is the first dual-SIM and dual-standby Windows Mobile smartphone, sporting such things as HSDPA support, VGA touchscreen, built-in GPS receiver, WiFi, and a 3 megapixel camera.

Then goes the Glofiish V900, which was announced back in February. The mobile TV ready smartphone boasts both DVB-T/H and T-DMB/DAB receivers, allowing users around the globe to enjoy television programming while on-the-go. Qualcomm’s MediaFLO isn’t included in the mix, though. VGA screen is there to ensure high-quality image. 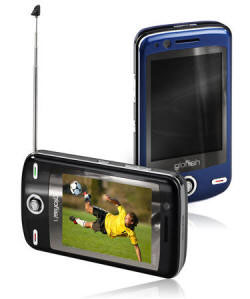 Finally, two other devices — the Glofiish X900 and Glofiish X610 — are clearly out-shined by both DX900 and V900, hence I can’t easily find many words of praise for them. The former packs the HSDPA support, while the latter “offers both value and functionally in a sleek handset that’s perfect for GPS navigation.” 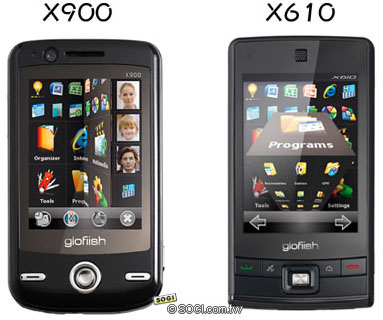 All four devices run the latest version of Microsoft’s mobile OS – Windows Mobile 6.1 and in addition sport a new E-TEN’s touch-friendly 3D interface on top of it.

I’m all for the DX900 and am looking forward to see other handset makers following the suit and launching their own dual-SIM smartphones.

Digia, former SysOpen Digia which is known for its 48-inch tall Symbian S60 phone, announced their web browser for Symbian...