Can’t wait to get your hands on RIM’s first-ever go at producing a BlackBerry clamshell? Well, you’ll have to wait until RIM launches, the BlackBerry 9100 KickStart before us mere mortals can get a crack at the push-emailing flip-phone. But, that doesn’t mean we can’t satisfy our cravings with a mouthful of barely-decent pictures.

The folks over at CrackBerry managed to get some one-on-one time with the unreleased RIM smartphone, and they’ve got a boatload of pics to prove it. Unfortunately, CrackBerry‘s expertise with gadgets seems to end with the BlackBerry lineup – the pictures look like they were shot with a Playskool point-and-shoot. Still, blurry or not, we have to give it up to these guys for posting up some fairly insightful device images of the RIM BlackBerry 9100 KickStart. 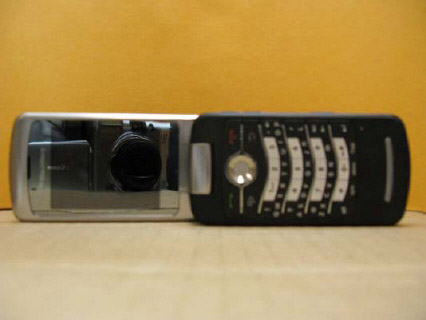 Find more pics (including images of the KickStart’s internals) at CrackBerry.

When Walt Mossberg reviews a product, the world listens. Perhaps it's the man's wisdom, age, or maybe a little of...