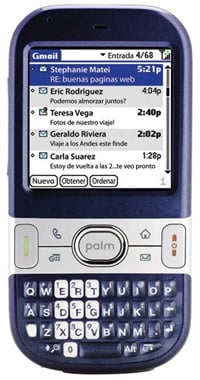 Palm’s little bottom-line booster is going to be making its debut in Canada – on Rogers’ wireless network. With the Cobalt Blue-colored Palm Centro having just been launched on Verizon Wireless, Rogers has just taken the wraps off its own version of the popular, lightweight smartphone from Palm

Rogers is slated to launch the Apple iPhone 3G next month, but that doesn’t mean Canada’s largest GSM network hasn’t forgotten its Palm-faithful. Loyal Rogers subscribers can sign a new three-year contract on a minimum $45/month wireless plan in return for a shiny new Palm Centro for $199. New customers can expect a $299 price-tag on the same 3-year contract.

Apple is really looking to go truly global this time around with their iPhone handset. After seeing the original iPhone...