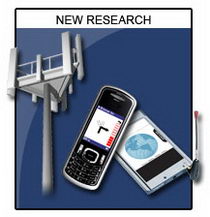 Despite the fact that no LTE (Long Term Evolution) network is expected to be commercial before 2010, a new study from ABI Research forecasts that by 2013, there will be more than 32 million subscribers using LTE networks! That doesn’t come as a surprise as we know that operators like China Mobile, Vodafone, NTT DoCoMo, KDDI, and Verizon Wireless have announced plans to adopt LTE.

According to ABI’s senior analyst Nadine Manjaro, with 12 million subscribers in 2013, Asia-Pacific countries will account for the largest regional share, while the remainder will be split about 60-40% between Western Europe and North America.

The long wait for the Chinese government to issue 3G licenses may become a factor driving LTE in that country. Manjaro thinks that operators won’t spend billions to implement TD-SCDMA or any other 3G technology if they will just have to upgrade within a year or two.

ABI also predicts that because of new hardware and software required, a number of industry sectors will benefit. Before 2010, it will be vendors of the test equipment used to ensure network interoperability and performance. Next will come vendors of the required network infrastructure equipment itself.

Finally, the device manufacturers, especially those that make USB dongles for computers will benefit from the LTE rollouts — ABI Research estimates 53 million to ship by 2013. In addition, in-home modems will also see volume shipments, as will Mobile Internet Devices (MIDs) and Ultra-Mobile PCs (UMPCs).

Barring any official disclosure from Apple, we'll likely never know exactly what it costs Apple to put the bits and...