Torrential interest or not, Japan’s Softbank is set to welcome Apple’s iPhone 3G to its island-soil. As the exclusive iPhone carrier in Japan, Softbank will be doing its best to get an iPhone 3G into the hands of every single one of the 9%, or more, of the Japanese population that indicated interest in the next-generation iPhone.

Reuters expects most iPhone 3G hopefuls to fork over 7,280 yen ($68) per month for their iPhone rate plan. Masayoshi Son, Softbank CEO, says that the iPhone is set to bring in 70% more revenue than they have seen in the past. 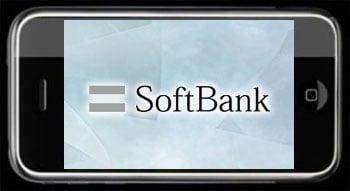 But, with iPhone 3G stock in Japan seemingly not able to meet projected demand, many Japanese iPhone hopefuls will likely have to wait for a secondary iPhone 3G shipment before they can get their hands on the iconic device. “We expect the first lot to evaporate instantly. We in the company will probably fight to get one as well,” Son said. “Supplies will likely be scarce for a while.”

As for the rest of us, see you in line!

While the floundering handset once-juggernaut tries to fool itself and the public that a commendation for "teamwork" is as important...