We love classic handsets as much as anyone else, but it seems that Sony Ericsson is going the nostalgic route with their unannounced Sony Ericsson Remi. It’s still a rumor at this point, but the handset bearing the codename “Remi” is apparently Sony Ericsson’s remake on the tried-and true favorite, the Sony Ericsson T610.

The Sony Ericsson T610 was a huge hit for the handset manufacturer back in 2003, so we can’t blame the Japanese-Swedish for yearning for the good old days. From the looks of the Remi, Sony Ericsson has taken a page out of the T610’s design playbook with a two-tone exterior and non-Walkman branding.

More on the Remi as we hear it… 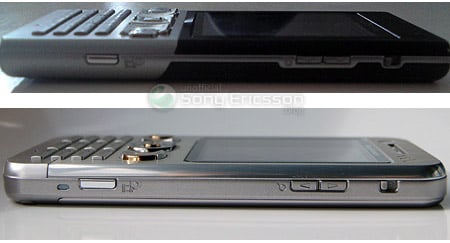 Far be it for AT&T to sully their competitive reputation by keeping the iPhone-competing Samsung Omnia from hitting their networks....