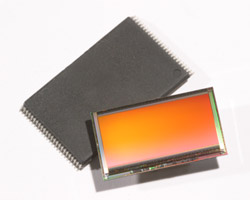 When Apple hits the NAND flash memory market for some binge-shopping, the world pays attention. Apple is the NAND market, at least on this planet, and the iPhone-maker routinely affects global flash-memory supply with their massive orders.

The latest such NAND flash-memory order to shortchange the rest of the world’s flash-memory buyers is Apple’s 50 million-strong order for 8GB NAND chips. Samsung will be supplying the flash memory chips that will reportedly go to use in the iPhone 3G. And with the handset expected to sell handfuls of millions by year’s end, it makes sense that Apple is gobbling up flash chips in anticipation of lofty demand.

To make matters worse for anyone in the market to pick up significant volumes of NAND chips, Samsung cut back on NAND production for April and May – in an attempt to avoid oversupply. The reduced production combined with Apple’s recent NAND-binge will make it hard for Samsung to supply any similarly large orders for other customers.

That’s how the NAND-chip crumbles.

While still nothing close to a fully-acceptable Flash-based browsing experience, Thomas Joos has managed to bring Flash Lite to the...