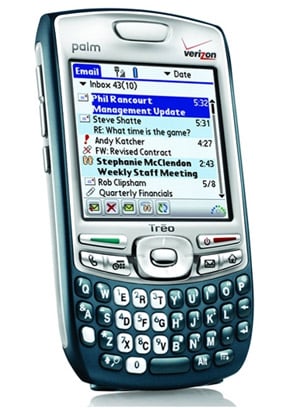 What better way to keep that aging smartphone from feeling a little less “wise” in years, especially when compared with the new wave of smartphone hotness slated to drop in the coming months, than to give it a quick firmware update? To be fair, the Palm Treo 755p isn’t exactly old, but the Palm handset’s Palm OS sure is getting long in the tooth.

So, to keep things as fresh as possible and make good on their promise, Palm has just released a firmware update, something they call a “tune up,” for Verizon’s Palm OS-powered Palm Treo 755p.

The new v1.08 firmware apparently improves the phone application, stability, and usability of the Treo 755p. We’re not sure exactly what those improvements entail, but there’s no reason why Verizon-loving Palm Treo 755p owners shouldn’t hope on board and upgrade their smartphone immediately.

When Apple hits the NAND flash memory market for some binge-shopping, the world pays attention. Apple is the NAND market,...