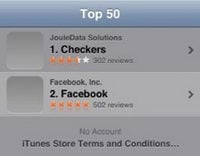 Well that sure would be a surprise (or not, considering Apple’s penchant for throwing change-ups). While the world has been put on notice that Apple would be launching their AppStore on July 11th, to coincide with the iPhone 3G’s global launch, there are rumors flying around that Apple might kick off the festivities a little early.

Apple sent out a notice to all iPhone developers that they’ll need to submit their wares post-haste if they want to get in on the AppStore’s launch:

Of course, Apple isn’t spilling any beans about the AppStore’s exact launch window, but it sure would be nice to get a chance to play with all those iPhone apps as we wait patiently for Apple to drop the iPhone 3G bomb on us. And, with all AppStore submissions in hand by noon today, we could see Apple going live with the AppStore as early as tomorrow, Tuesday, July 8.

Keep your hopes bottled up for now, and keep an eye out tomorrow!

Have Sirius radio in your car? At home? Want to listen it on your iPhone as well? Now you can...