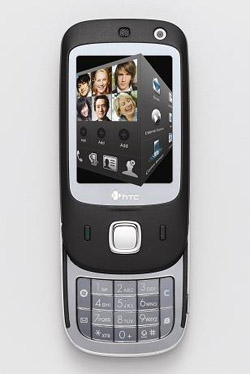 The CDMA market isn’t exactly HTC’s bread-and-butter market, what with GSM handsets being the way to go for most of the developed world, but that doesn’t mean the Taiwanese smartphone maker isn’t going to give the US some touchscreen Windows Mobile love. Spotted hanging out with the FCC’s laboratory engineers, the HTC NEON400 hints at HTC’s CDMA aspirations for the HTC Touch Dual.

Previous HTC handsets bearing the “NEON” moniker proved to be touchscreen handsets from HTC’s always expanding Touch lineup of TouchFLO-adled Windows Mobile smartphones. So, it would stand to reason that the HTC NEON 400 is another HTC Touch variant.

A little snooping around the FCC’s testing documents shows that this particular handset rocks a CDMA radio. Add that to the fact that the HTC Touch Dual passed through the FCC’s labs in GSM guise as the HTC NEON300, and the HTC NEON400 looks to be a veritable lock for a CDMA HTC Touch Dual.

So, are we going to see HTC releasing a CDMA variant of their HTC Touch Dual to give Verizon, Alltel, and/or Sprint a handset to complement their CDMA HTC Touch offerings? We’re sure we’re not alone in thinking that a keypad-toting vertical slider would be a perfect fit for the US’s CDMA carriers.

Since when does a Windows Mobile smartphone toting the latest version of the mobile OS and 3.6Mbps HSDPA qualify as...