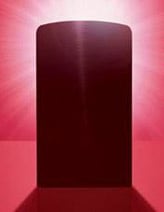 Well that sure didn’t take long. Shortly after massive consumer backlash led to Apple’s move to sanction Rogers for their ridiculous iPhone 3G data rates by siphoning off the carrier’s iPhone 3G stock to Europe, Rogers has responded with a more consumer-friendly iPhone 3G data offering.

Rogers, along with their sidekick network Fido, have announced today that they’ll be offering a 6GB iPhone 3G data plan for $30. The new data package is a limited time deal, apparently, only available through August 31.

Customers can add the $30 data package to any Rogers voice plan, giving iPhone 3G users in Canada free-reign to pull down 35,952 web pages, 157,286 emails, or 6,292 minutes of YouTube videos every month. Of course, iPhone 3G hopefuls will have to sign a 3-year contract on that voice plan. Still, 6GB of data isn’t exactly the unlimited data offering that many Canadians were looking for.

And, in an obvious push to get on the Canadian consumers’ good-side, Rogers has announced that they will be kicking off early-morning launch-day festivities with free breakfasts and contests.

It took Apple to throw their mighty weight around to get Rogers to see things in a more consumer-friendly light. Will the new Rogers data package be enough to get you to buy an iPhone 3G from them?

Now this is cool. It might not be a "game" in the classic sense of the term, but bored iPhone...