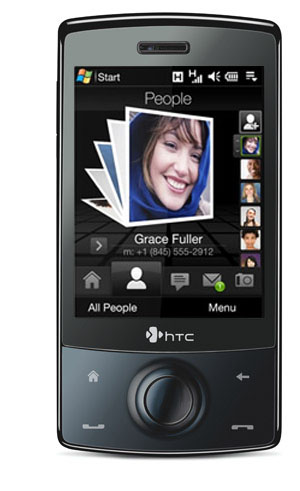 We love a good FCC-blessing every now and again. It’s always nice to know that the good folks in some non-descript government laboratory are working hard to make sure that the newest and coolest gadgets with radio transmitters don’t fry our brains in to oblivion. And, to make sure CDMA users don’t get zapped into half-wits, the FCC has just cleared the HTC Touch Diamond for CDMA-duty.

Following on the Sprint HTC Touch Diamond spy pics and HTC’s push to get the FCC’s go-ahead on the CDMA variants of their HTC Touch Pro and HTC Touch Dual, we’re seeing the CDMA-toting HTC Touch Diamond getting the green-light from FCC engineers. With Telus having already announced the CDMA HTC Touch Diamond for the Canadian market, it’s just a matter of time before Verizon and Sprint pick up HTC’s hottest ticket.

When does a Windows Mobile 6.0-powered smartphone with a WVGA display sporting the highest pixel density of any VGA smartphone...