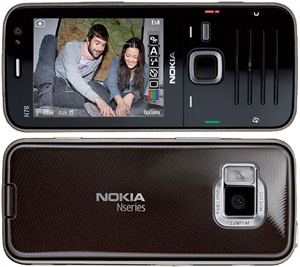 That is, as long as you’re not using the Nokia N78-3. The Nokia N78 has just been hit with another firmware update from Espoo. While those of us with the North American (NAM) version of Nokia’s candybar (monoblock) N-series will just have wait and hope that Nokia sees fit to bless us with an update, European Nokia N78 users will be enjoying their second firmware update in as many weeks.

This latest firmware brings with it “a number of performance improvements including softkey selection, Bluetooth stability, video playback, email sending and alarm clock functions.” Nokia N78 owners can expect to find the v12.046 firmware through an OTA (over the air) update or through Nokia Software Update.

Sprint's newly launched QChat push-to-talk system is now live in an additional 14 US markets to bring the total Sprint...