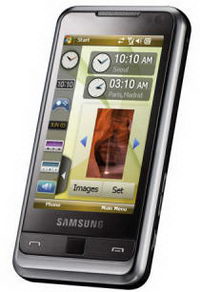 We already know Samsung will release its flagship i900 Omnia smartphone in Europe during the summer. Now we have a confirmation the iPhone-killa’ will be hitting Germany in August. Apparently all four major carriers in the country — T-Mobile, Vodafone, E-Plus and O2 — will carry the all-touchscreen equipped device.

In addition, starting from August 6th, the unlocked 8 GB Samsung i900 Omnia will also be available for whooping 649 EUR. That’s kinda expensive, but then again it’s without signing any contract. We don’t have any carrier-subsidized prices at the moment, but it’s kinda fair to argue heavy business users will get the device for next to nothing.

Samsung i760 gets a Windows Mobile 6.1 firmware update

The Samsung SCH-i760 on Verizon Wireless can now be upgraded to the latest version of Microsoft's mobile OS - Windows...