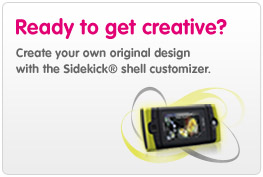 Sidekick Gekko/Aspen/2008 fans eagerly waiting on T-Mobile to finally go live with the latest Sidekick offering to sport user-swappable face-plates/shells have one more reason to drool over the upcoming HipTop. T-Mobile is reportedly working on a Sidekick 2008 customization portal that gives the user a chance to custom-design their own Sidekick shell.

The screenshots you see here are renderings of the actual T-Mobile Sidekick-customizer webpage that’s still in development. We’re hearing that the custom skins/shells/face-plates will be sourced from SkinIt. The website will apparently feature a Flash-heavy interface with a social-networking aspect that lets users browse and vote on others’ creations. 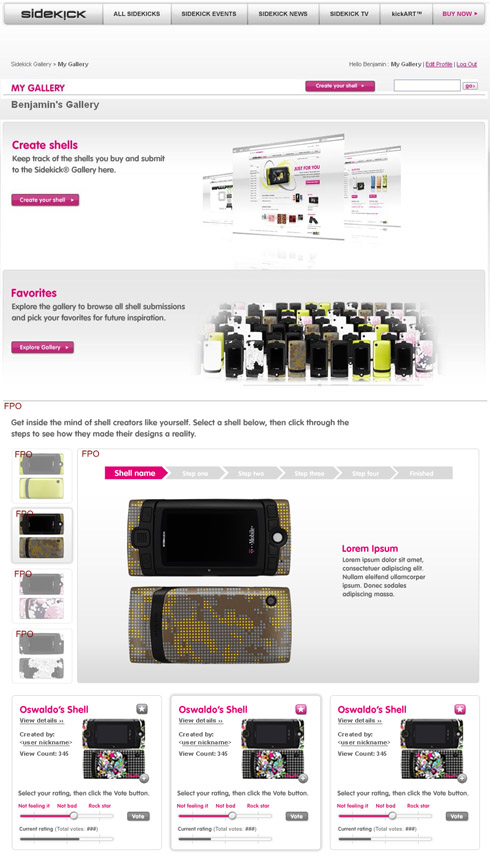 Given all the press-materials we’ve been seeing with piles of Sidekicks sporting customized shells, it makes sense that T-Mobile launch a Sidekick Shell customizer portal. All you creative Sidekickers will finally have a say over your Sidekicks’ looks.
Of course, we’re going to have to wait for T-Mobile to get real with the Sidekick 2008 before we even see any Sidekick shell-customization page up and running. And, with 2008 quickly winding down, T-Mo would do well to launch their Sidekick Gekko/2008 sooner rather than later.

Sony Ericsson's latest lightweight, entry-level handset isn't going to win any awards for high-end features or innovative design. But, with...