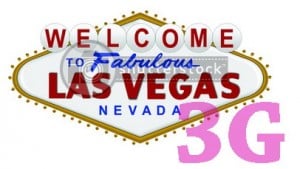 T-Mobile’s 3G network has been a long time coming. After winning the 1700Mhz AWS spectrum that it needed to launch its own special flavor of 3G networks in the US, T-Mobile was forced by the US government to stand-by as bureaucratic agencies proceeded to vacate the spectrum. And, after initially launching their 3G network in New York, rumors indicated that 27 more of its US markets would come online with 3G connectivity by October 1.

Today we’re hearing that T-Mobile has already gone live with its 3G infrastructure in Las Vegas, NV. Cellphonesignal has confirmed that T-Mo’s 3G network is a go in Sin City.

T-Mobile is also expected to light off their 3G network in Austin, TX on August 6, which is good news for anyone in that particular city with one of T-Mobile’s 3G handsets in their pocket.

Anyone out in Las Vegas already cruising the T-Mobile 3G highway? Let us know how its going!

There are a host of new ways to interact with the new S60 Touch OS. With the addition of a...