But, it doesn’t end there. RIM is set to take on Apple and the iPhone 3G with their own touchscreen-based smartphone – the BlackBerry Thunder. The iPhone 3G’s new enterprise aspirations put it spot in the middle of RIM’s business niche radar. The enterprise market that RIM has essentially dominated in the US is now under attack from the sleek new wares from Cupertino, and RIM isn’t about to sit back and watch Apple encroach on their turf. 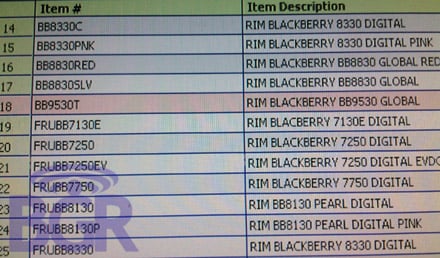 Interestingly, RIM is also expected to keep the BlackBerry Thunder 9530 as a Verizon exclusive in the US. Perhaps in response to Verizon’s ongoing lack of a suitable iPhone 3G alternative, Verizon may have wrangled an exclusivity deal from Waterloo. Despite claims that Verizon isn’t worried about the iPhone and iPhone 3G, Big Red’s higher-ups must still be feeling bitter at having shunned Steve Jobs’ initial offer to bring the  iPhone to Verizon’s network.

This cunning little device, available from Expansys, is the MiniWiz HYmini Wind Powered Charger. It will charge any 5V portable...