In this day and age, high-speed wireless data connectivity is almost a prerequisite to healthy sales figures. At least that’s the way mobile enthusiasts are likely to see things. In practice, mobile users may not want to pay extra for broadband-like 3G data speeds when EDGE data connectivity could meet their needs.

If wireless acronyms like EDGE, HSPA, and LTE make you want to run and hide under your blankie, we’ll make this easy on you. The BlackBerry Javelin is the lower-end counterpart to the BlackBerry Bold 9000. We’ve been expecting the BlackBerry Javelin to fill a hole in RIM’s BlackBerry lineup – appealing to those with a need for high-end features and styling without the added high-speed 3G data connectivity. 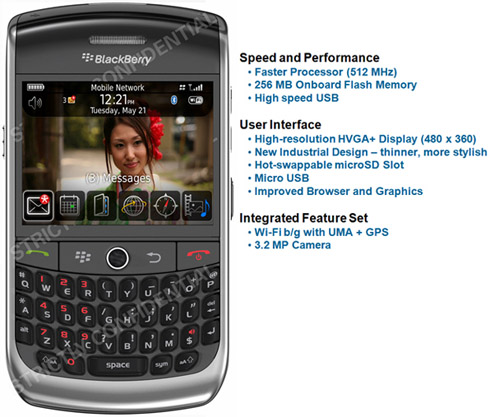