At least that’s what we can infer from the new Japanese magazines dedicated to the barely month-old iPhone 3G. There are undoubtedly a good number of Japanese feature-phone fans that just can’t justify leaving behind their NFC- and mobile TV-enabled devices for the iPhone 3G. But, with no less than four different iPhone 3G magazines gracing Japanese newsstands, it’s clear that there’s a healthy iPhone 3G market in japan. 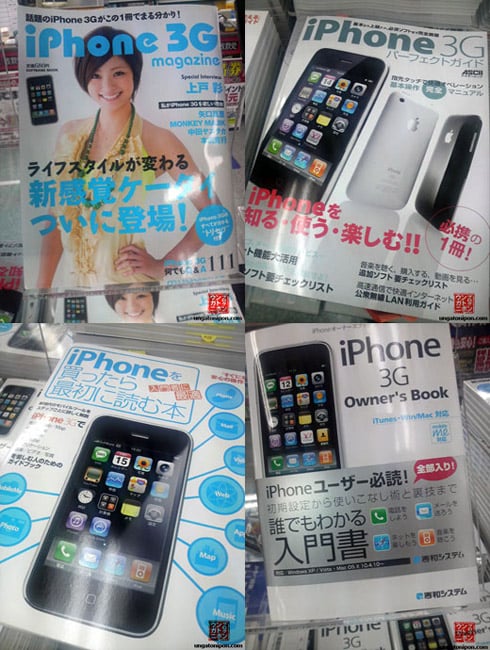 For comparison, the US – one of the largest iPhone 3G markets –  doesn’t have a single magazine dedicated to the iPhone 3G. Sure, there are Mac publications that cover the iPhone 3G, but those print publications cover much more in the Apple-world than just the second-generation handset.

So, when are the iPhone 3G magazines going to hit the US? Um, do online publications count?

Roughly a month ago we've covered Palringo multi-network IM client for the iPhone. Now they've announced the addition of the...