And you thought you paid a lot for your launch-day iPhone 8GB? Think again. As expected, Apple is bringing the iPhone 3G to India, through Vodafone and 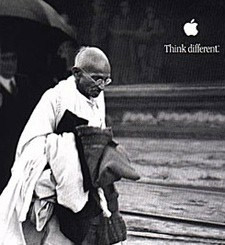 Airtel, with an ginormous price-tag of approximately $700 for the 8GB iPhone 3G or about $825 for the 16GB iPhone 3G. The iPhone 3G will launch in India on August 22 through Vodafone.

Without any carrier subsidies, Vodafone and Airtel will be requiring their customers to pony up Rs 31,000 and Rs 36,100, respectively, for the 8GB and 16GB iPhone 3G handset. In a country where 3G isn’t even a legitimate option, and most of the population can’t even fathom spending that much on anything a cellphone, we aren’t too sure that the iPhone 3G will see as dramatic a sales run as we’ve seen in the US, Europe, and Japan.

AT&T and LG today announced a new multimedia device for users who want the "best in video on their mobile...