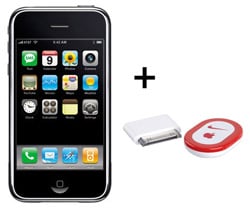 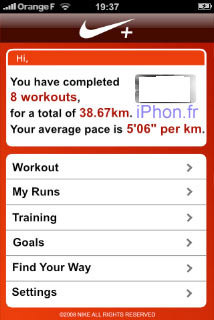 run-tracking application and hardware to the iPhone and iPhone 3G, so it’s ony a matter of time before we see the fruits of their labor. Unfortunately, we may not be as close to a working iPhone Nike+ application as we had previously thought.

Real or not, the fact that Nike+ iPhone screenshots are getting so much coverage is an indication that iPhone users really want Nike+ support. Let’s get the ball rolling, Nike! You’ve got the Nike Human Race coming up and we’re sure that thousands and thousands of iPhone and iPhone 3G users would love to use their Nike+ gear with their iPhones. It would be a shame to lose out on the potential Nike+ iPhone cash cow.
[Via: AppleInsider]

For those of you affected by iPhone 3G network problems, you likely took the news of Apple's latest iPhone 2.0.2...