This isn’t going to be any consolation for those iPhone 3G owners out there going through the trials and tribulations associated with unreliable iPhone 3G performance. From sluggish 3G data connectivity to signal strength issues, the iPhone 3G has been plagued with problems. Apple even released their iPhone 2.0.2 OS to help solve some of the problems, but has been widely reported as ineffective. So, if the iPhone 3G isn’t causing the problems, what is? 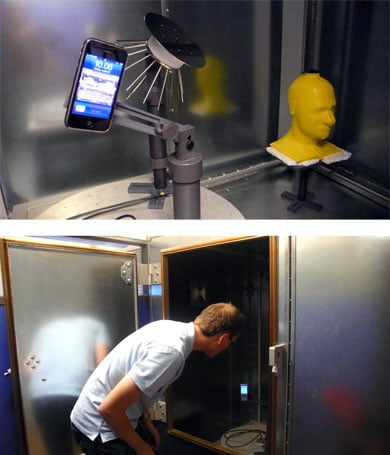 With the web abuzz with reports that the iPhone 3G has faulty code that is causing the 3G radios to freak out and drop calls and deliver slow data speeds. There’s other speculation that the iPhone 3G’s antenna is to blame. A woman has even filed a lawsuit against Apple for their less-than-stellar performing iPhone 3G.

But, all those rumors may be more off-base than we had previously thought. A Swedish company has decided to test the iPhone 3G’s antenna to conclusively confirm or rule-out any hardware defects.

Bluetest, operating out of the Lindholmen Science Park in Sweden, sells test chambers that allow manufacturers to test small antennas in a noise-free lab. They’ve put one of their test chambers to good use in testing how the iPhone 3G’s antenna performs in a variety of conditions. The results? The iPhone 3G’s antenna measurements are completely normal. The iPhone 3G antenna performed on par with the Nokia N73 and Sony Ericsson P1.

What’s all this mean for the iPhone 3G? Well, we can rule out any hardware defects as the root of iPhone 3G network connectivity issues.

Sometimes you have to give some to win some. Case in point, the Epoq EGP-PP01 projector phone. This device is...