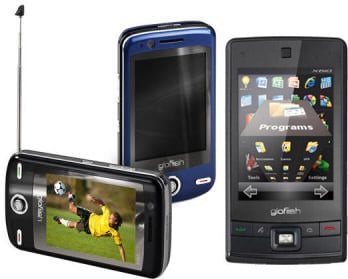 Back in June, we saw E-Ten announcing four cool smartphones. After almost six months, the handset maker said it will soon release two of the four devices – Glofiish X610 and Glofiish V900.

On the other hand, the Glofiish V900 is a mobile TV ready device. Aside from the DVB-T receiver, the stylish, 3G-enabled (triband UMTS/HSDPA) smartphone packs a 2.8-inch VGA touchscreen, Bluetooth 2.0+EDR, WiFi, FM radio, 3 megapixel camera that can record videos at VGA resolution and a GPS. This time, Samsung’s more powerful CPU at at 533 MHz is in charge.

Pricing is not known at this stage, and the same goes for the exact release date. Stay tuned…

The HTC Dream G1 is about as out-of-the-bag as it can be. But, what we don't know about the HTC...