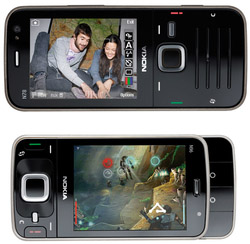 Prospective Nokia customers looking to cash in on Espoo’s traditionally open-stance on VoIP-over-WiFi might be in for a bit of a surprise. Nokia has finally been swayed by carrier interests (read: lucrative handset contracts) to make it just a little harder for VoIP fans to get busy with web-based voice calls.

Nokia has traditionally included an SIP stack to enable out-of-the-box VoIP functionality on their Nseries handsets. The inclusion of a VoIP SIP stack falls in line with the company’s credo of offering open handsets that aren’t tied to contracts. But, with the confirmation that Nokia will not be including their SIP stack on newer Nseries devices with S60 3rd Edition Feature Pack 2 (FP2), it seems that the bottom line has finally take priority over functionality.

VoIP calling presents a major loophole for wireless carriers looking to force users to pay for wireless minutes. So, it makes sense that the carriers would lean on Nokia to make VoIP just a bit more involved for the casual user. We can’t blame Nokia for taking their VoIP generosity off the table – they have shareholders to report to, afterall – but it’s sad to hear that the Nseries will go forward without built-in VoIP support.

The Nokia N78 and Nokia N96 are some of the first devices to do away with the built-in VoIP functionality, but the business-oriented Nokia E71 still holds on to its VoIP roots.

But, fear not, VoIP fans. Truphone is already working on a new VoIP client that should hassle-free (or at least minimized hassle) VoIP calling to Nokia Nseries devices going forward.

Sure, the HTC TyTn II (Kaiser) has already been playing nice with the Windows Mobile 6.1 ROM for some time...