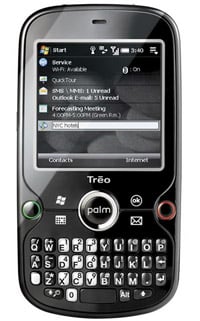 While the rest of the wireless world scurries about, trying to one-up the competition’s network reliability claims with all manner of advertisements, Telstra’s concentrating on recognizing high-performing handsets on their own network. Telstra’s “Blue Tick” award is given to handsets on its network that have proven themselves as signal strength monsters. When most of the country you’re serving is comprised of harsh, desolate bad-lands, it makes sense to give praise to handsets that can lock on to weak wireless signals better than the average cellphone.

The latest handset to win Telstra’s “Blue Tick” nod of approval is the Palm Treo Pro. Apparently, the Windows Mobile-powered smartphone isn’t just good for tapping out emails and editing documents, it’s good for making calls in the Australian outback too! The Telstra Palm Treo Pro has become the “first smartphone on the Next G™ network to be accredited with Telstra’s Blue Tick of approval showing that it is recommended for handheld use in metro, rural and regional areas.”

The Palm Treo Pro is slated to go on sale for free on qualifying service contracts come mid-September. Rural Telstra customer and business users willprobably want to at least consider the Palm Treo Pro as their cellular-signal hunting handset of choice.

Spore Origins due to hit iPhone this week, likely a let down

Spore hit the Apple Keynote stage all those months ago to show iPhone 3G hopefuls what kind of gaming experience...