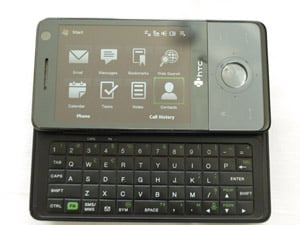 QWERTY keyboards can be a great addition to any smartphone. In some cases, a virtual on-screen keyboard can be faster and easier to use than a physical keyboard with nubby little keys. Other times, a physical keyboard is the way to go. The choice is mostly subjective, but some misguided “un-enthusiasts” will have you believe that one or the other is best solution, period. That particular demographic can’t be swayed. For the rest of us rational-folk, may I present the HTC Touch Pro. 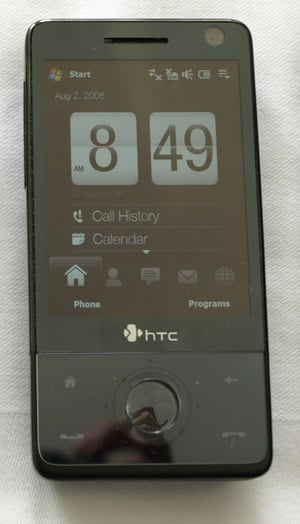 The HTC Touch Pro is the QWERTY keyboard-toting sibling to the HTC Touch Diamond that’s already ripping apart HTC’s previous sales numbers and making some serious headway in to the global smartphone market. The HTC Touch Pro (codename Raphael) has just recently started to trickle out into the webosphere and has been welcomed with enthusiasm. But, is that slide-out QWERTY  keyboard worth the extra bulk?

I had some time to sit down with HTC and give their newest wares a good run-through. The highlight of the intimate get-together was the HTC Touch Pro. It’s not as big as you might think, given that it’s carrying around a QWERTY keyboard. And, it feels almost as svelte (yet solid and sturdy) as the HTC Touch Diamond – an amazing feat of ergonomic engineering on HTC’s part. You can get an idea for the thickness of the HTC Touch Pro and its Sprint variant when compared to the HTC Touch Diamond below (can you guess which is the Diamond?).

What’s more, the HTC Touch Pro (Raphael) keyboard is perhaps the most finger-friendly, comfortable, and usable keyboard I’ve ever had the pleasure of using. From the soft-touch finish to the slightly raised keys, the HTC Touch Pro keyboard exudes understated style and elegance while preserving that oh-so-important characteristic – ease of use. The keyboard slides out with a confident 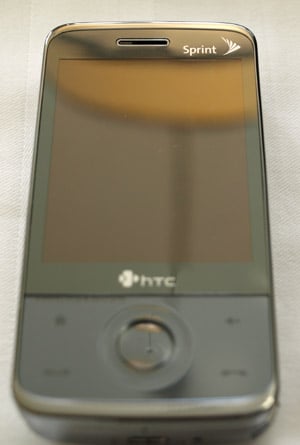 and satisfying “snick” that reminds us of HTC’s experience with sliding keyboards. The stainless steel frame underneath the soft-touch, matte-finished exterior provides a feeling of build-quality that’s possibly unmatched in its class.

Did I mention that the HTC Touch Pro keyboard is easy to use? How about the keyboard’s aesthetic appeal (not something you usually think about when using a keyboard, I know)?

The HTC Touch Pro keyboard is reminiscent of the soft-touch keyboard first seen in the HTC P4350 Herald. The differences between the Herald’s keyboard and the HTC Touch Pro’s keyboard are subtle, to be sure. But the subjective impact is incredible. Each key is perfectly sized to offer good key-to-key separation while keeping them grouped close enough to make speed-typing a pleasure. Tactile feedback from each key-press only serves to enhance the typing experience. And, with the HTC Touch Pro’s gorgeous VGA display staring back at you, the overall experience is sublime.

To sum it up, the HTC Touch Pro’s keyboard is good enough to warrant an entirely too-long post dedicated to its merits. Which goes to say that the Sprint variant gets kudos for QWERTY goodness. 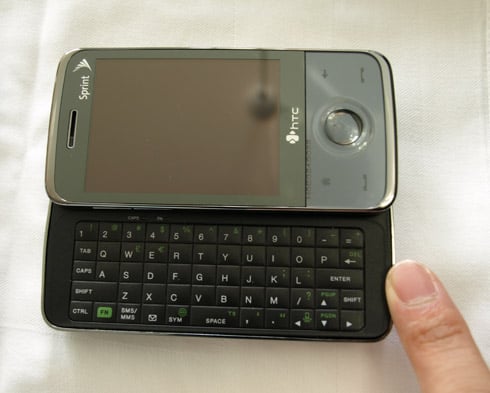 I can’t wait to get my hands on the HTC Touch Pro in US-trim. If I have to, I’ll track down a European unit to play with until HTC launches its next flagship handset.

Sony Ericsson XPERIA X1 and the future of the Panel UI