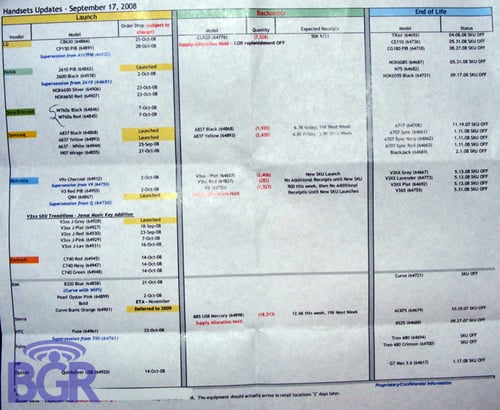 Huh, looks like that off-hand comment about further delays on the Bold wasn’t entirely out of line. Recent internal docs are showing AT&T delays across the board, most prominently including the long-awaited BlackBerry 9000. Man, now the Storm, Javelin and Bold will all be out around the same time… It’ll be a hectic time for us BlackBerry fans, that’s for sure. Here are some other big changes coming up in AT&T’s lineup.

For all of you fashion plates out there, the Canadian CDMA BlackBerry Curve is now available in a new red...