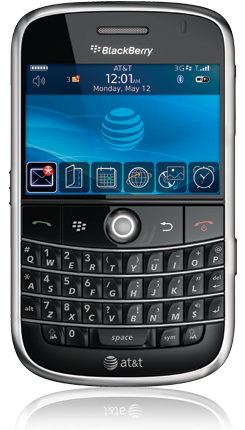 A lot of the speculation regarding AT&T’s lag in launching the BlackBerry Bold has been centred around optimizing the software for 3G reception, but as far as I can tell, the software works just dandy up north, and pretty much everywhere else in the world where the 9000 has been released. What sounds a lot more likely is that iPhone data traffic is jam-packing the AT&T network, making just about any other major launch impossible until they make upgrades amounting upwards of $1 billion. While RIM’s local network handled the brunt of BlackBerry data traffic through savvy compression techniques, the iPhone lacks the same back-end support, leaving AT&T to pick up the slack. Rumors are pointing to an October 2nd. launch date for the Bold, but if it’s all dependent on network updates, even further delays are possible.

[Globe and Mail via BlackBerry News]

Literally. This is what happens when iPhone fans enter a baking competition. What you see here is the winning entry...