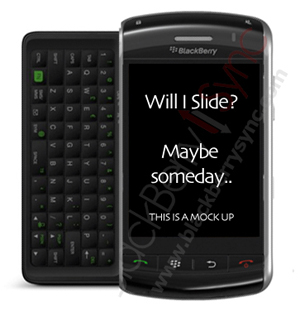 The Globe and Mail has posted a really interesting article that talks about the new Pearl Flip as a game-changer… And then moved on to talk a bit about the new BlackBerry Thunder. But what really caught my attention in this article is that the Globe and Mail speculated that RIM will release the Thunder and a ‘second device which features both a touch-screen interface as well as a slide-out QWERTY keypad…known online as the Storm’. Really? That’s interesting is it not?

I suppose this would clear up the whole ‘Thunder’ and ‘Storm’ naming controversy. The BlackBerry Thunder would be the full touchscreen device… while the BlackBerry Storm would be a similar slider model. I don’t know, seems a little fishy to me, but we’ll see.

Check out the article here. The ‘Storm’ comments are in the last paragraph of the article.

The codenamed BlackBerry Javelin has been spinning around the rumour mill for more than four months now, and plenty of...