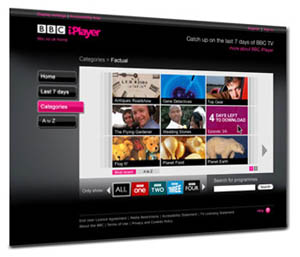 The BBC offers quite a bit of TV through the iPlayer on-demand service. A lot of radio from the BBC is available as well. However, for iPhone users this isn’t always the case. For most of this year iPhone users were only able to watch TV shows via the BBC iPlayer. Well, that’s changed now.

This week the BBC announced that the iPlayer service would allow iPod Touch and iPhone users to access BBC radio programming. This is cool if you want a change of flavor in your daily radio tune-ins. Speaking for myself, I get a kick out of radio from overseas… Much different than the typical North American broadcast.

The radio streams will go to broadcast in 128kbps MP3 format, and they will be available for your listening pleasure up to 7 days following the original broadcast.