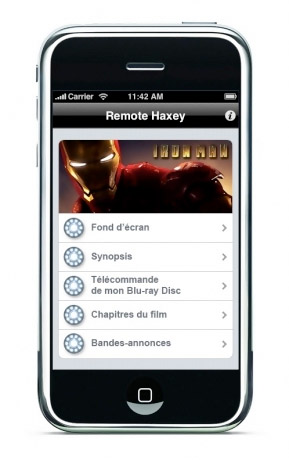 In addition to some unannounced features, the “Remote Haxey” application “will allow users to download trailers, play a game that’s integrated into the movie, and use your iPhone as a remote control.” The Blu-Ray release of Iron Man also allows for subtitles to be repositioned and even comes with an “editor” feature that puts you in control of how the movie unfolds.

The iPhone-enabled Blu-Ray release of Iron Man is slated to hit France on November 5th. Don’t hold your breath for a US release.

Mobile Firefox alpha due within weeks?

Mozilla's mobile browser is due to begin its alpha stage before the end of the year, according to CEO John...