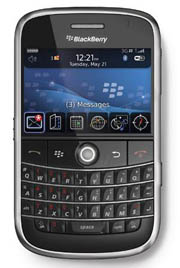 Orange has sent an internal memo to employees in the UK noting that they have suspended sales of the BlackBerry Bold due to ‘software issues’. The suspension is simply an interim measure that Orange made in the best interests of their customers while RIM works away at a fix for the issues.

The internal statement from Orange on the Bold:

“Following reports of software issues with the BlackBerry Bold handset across a variety of mobile operators, Orange has decided to act in the interest of its customers by suspending shipments of the device in the UK. We are currently awaiting feed back from RIM as to when an industry wide fix for these issues will be in place, and expect this suspension to be an interim measure. We apologize for any inconvenience this issue may cause you. BlackBerry/RIM are doing everything they can to resolve this issue and will be completing full testing and validation to ensure future handsets do not have any quality issues. This may take a couple of weeks so it’s up to us to do what’s best for our customers.”

I have to admit, I’ve heard a lot of issues from friends and colleagues regarding the Bold. Spontaneous restarts and OS crashes are not uncommon. Even so, those that have experienced issues with the device still seem to love it. It’s a high-end ‘classy’ BlackBerry for the executive for sure! I only hope that RIM is working hard to correct issues that have been had with the device. Lets chalk this up to ‘growing pains’ for now… I’m not ‘hating’ on the Bold just yet. Give it time…

BlackBerry 8900 shows up on T-Mobile Germany

T-Mobile Germany now has an online placeholder for the BlackBerry 8900, a device which has received no official nod to...