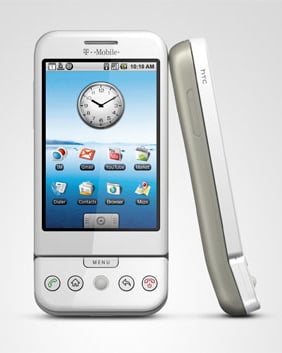 Android’s first phone, the G1 on T-Mobile, was originally pitched to sell around 400,000 units before the year was done. Based on some fresh orders to manufacturer HTC, apparently the G1 has already reached 1.5 million sales in pre-orders alone, with lots more on the way once it hits shelves on October 22nd. The hardware design has left a lot of folks unimpressed (after all, the thing hasn’t changed in about two and a half years), but the massively open source nature of the project will bait in a lot of developers and give the G1 plenty of software fighting juice to run on. Clearly customers are buying into the strategy, but here’s hoping some of the other manufacturers out there will make something more visually appealing before the Android hype dies down.