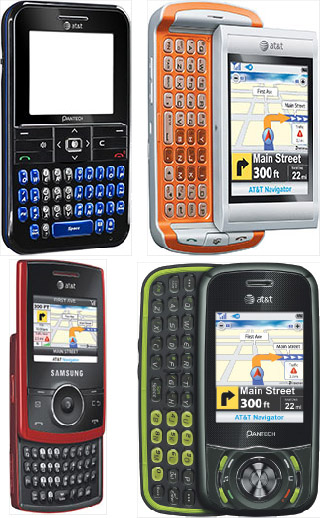 AT&T today announced four phones to appeal to the texting generation, if there is such thing. We knew about the Matrix, Propel and Quickfire. Slate, on the other hand was a surprise, or at least we’ve missed it.

Anyway, the four devices announced are:

There you have it. Those interested to read from the horse’s PR mouth, could check out the official release from here.

We did see this coming back in September when first image of the Palm Centro in new colors were leaked....