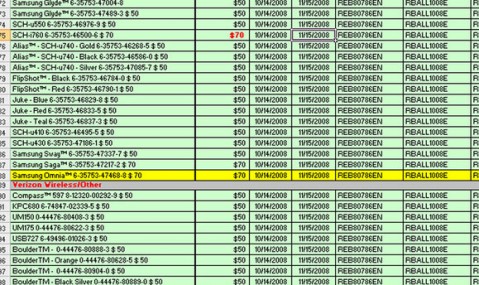 FCC filings for the Samsung i910 suggested that it would be available on Verizon’s CDMA network, and some internal rebate forms from Verizon are now confirming the rumour. Also listed on the form is the Samsung Saga which is supposedly the i770, which should be running on Windows Mobile 6.1 and pack world roaming capabilities. No word on dates or pricing for either, but no doubt many will be excited to see the Samsung Omnia finally coming to North America.

Motorola Krave ZN4 gets all official

Verizon Wireless announced the touchscreen-equipped Motorola Krave ZN4, which we saw "in the wild" two days ago. Featuring two layers...