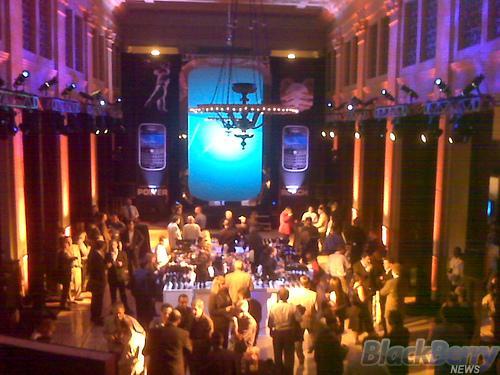 I had heard rumblings of an AT&T launch party up the road from the BlackBerry Developer Conference in San Francisco, but all of the underhanded blogger-weaseling in the world couldn’t get me an invite. Regardless, someone still managed to get some pics.

Unlike SOME launch parties, AT&T was actually happy to be giving out the Bold to attendees. From what I’ve been able to gather over here, the latest delays were a result of MMS issues, and whenever AT&T fixes a bug, they have to begin their testing process from scratch, which resulted in the lengthy Bold delay. Good QA, but damn, that’s a bad string of luck. Good timing and placement of the launch party though, what with the Storm getting so much hype down here in Santa Clara. Do you think AT&T will be able to compete with Verizon’s offering?