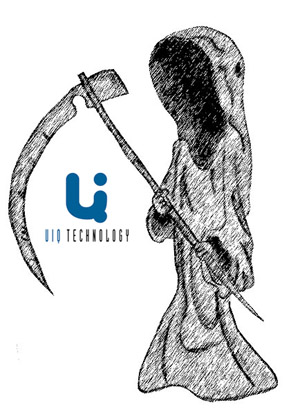 What’s this? Sony Ericsson, a champion of the UIQ mobile OS, has apparently seen the last days of the Symbian-based OS. Sony Ericsson’s Patrick Olsen said at the Symbian Smartphone Show that his company’s mobile OS of choice just “didn’t make it.” Olsen didn’t elaborate on the timeline for phasing out UIQ from Sony Ericsson’s product lineup, but it sounds like UIQ might just fade off into the history books once the code-base is integrated into the Symbian Foundation’s open-source Symbian code-base.

The Android OS is now official and ready to bring Google's mobile platform to the world. The T-Mobile G1, with...