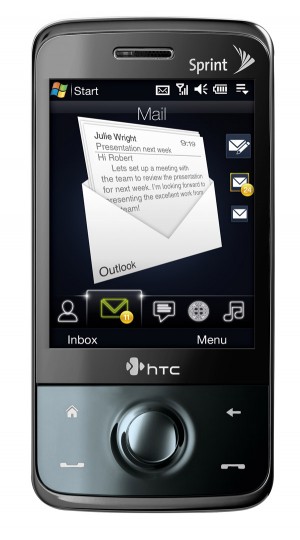 The Sprint HTC Touch Pro works with Sprint’s EVDO Rev. A data network to pull down wireless data at 3G speeds. And, with WiFi, integrated GPS, Bluetooth 2.0, microSD card slot, and a 3.2 megapixel autofocus camera, the Sprint HTC Touch Pro is sure to meet even the most demanding Windows Mobile smartphone user’s expectations. Of course, as one of HTC’s flagship smartphones, the HTC Touch Pro is powered by Windows Mobile 6.1 Professional wrapped in HTC’s eye- and finger-friendly TouchFLO 3D UI.

The Sprint HTC Touch Pro will launch through select Sprint retailers on Oct. 26 for $299.99 when purchased with new contract and $25, or higher, data plan. The $300 price-point also applies to purchases on any Sprint Everything plan. All Sprint sales channels will pick up the Sprint HTC Touch Pro on November 2.

Samsung TouchWiz phones coming to the US

Samsung issued a press release saying it will push its widget-friendly TouchWiz UI enabled phones to the United States. I'm...