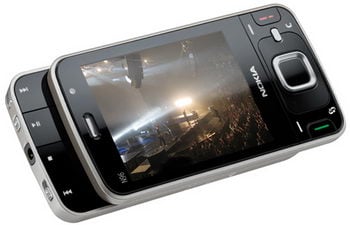 Have you been waiting to get your hands on the successor to Nokia’s Nseries throne? The Nokia N96’s glossy-black styling, 16GB of on-board storage, and 5 megapixel Carl Zeiss camera make it the cream of Nokia’s S60-crop. But, without a US-compatible 3G radio, the European Nokia N96 isn’t exactly a prudent investment.

So, for those of you still gunning for the Nseries king, you’ll be glad to hear that the North American (NAM) variant of the Nokia N96 is ready for US-duty. The Nokia N96 NAM is now available at Nokia Flaghship Stores in Chicago and New York. Nokia is asking that you hand over $842 to your Nokia Flagship Store in return for a shiny, new Nokia N96 – sans any contract obligations and free to roam whatever GSM network you choose.

For those of you that would rather get their hands on Nokia’s latest and greatest without having to leave the comfort of your home, Best Buy is offering the Nokia N96 NAM (again, with 3G support in the coveted 850Mhz and 1900Mhz bands) for a bit less coin. Best Buy will sell you an unlocked (naturally) Nokia N96 NAM for just a penny shy of $800 – a considerable discount over the Nokia Flagship Stores’ retail price.

If you’re willing to wait it out just a bit longer, Amazon is offering their own Nokia N96 on pre-order for the bargain price of just $705.99. Seeing as how you’ve waited this long for Nokia to grace us Yanks with a US 3G-compatible Nokia N96, you might do well to delay your gratification and save some serious cash.