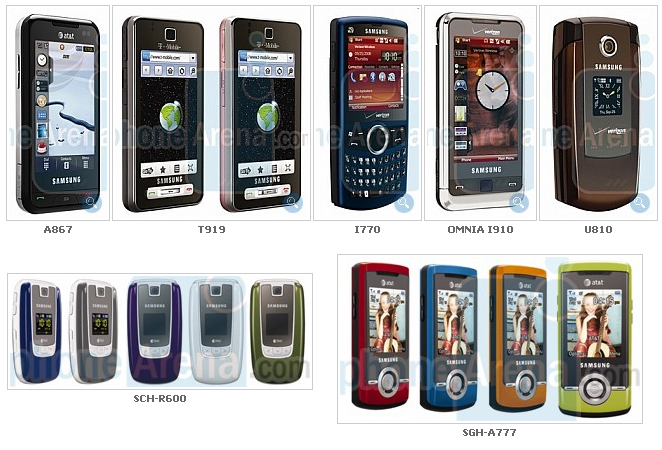 Hooah, now that’s a lot of phones. First up we have the Alltel SCH-R600 Hue II, complete with 2 megapixel camera, followed by AT&T’s sliding SGH-A777 and Eternity A867 (now up to a 5 megapixel camera, not 3 as previously reported). Last, but far from least, is Verizon’s Saga I770, OMNIA I910 and the Renown U810.Not much more information aside from these leaked press shots, but it certainly solidifies their upcoming launch. There’s not much there outside of press shot eye candy, but we do think the Eternity will be going for $150, and the Omnia and Saga will be out this month. It’s pretty exciting to see the Omnia finally making it to North America, in any case.

Last month AT&T announced four fresh QWERTY handsets, one of which was the GTX75 (a.k.a Quickfire). Rumour has it the...