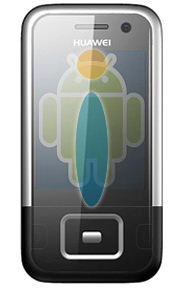 Huawei will start making Android and Symbian powered smartphones during next year. The Chinese telecommunications company is a member of Android Open Handset Alliance, and has also joined Symbian Foundation — the announcement was made during this year’s Smartphone Show in London.

Apparently, the first such Huawei smartphones will appear during the first half of 2009, but will not “carry” the Huawei brand. Rather, it will be the operators which will brand the devices with their logos.

So far, Huawei has made only a single smartphone, which is powered by Windows Mobile. Other than that, they are known as an entry-level handset maker and their entrance into the higher end of the market will certainly be a good thing for consumers.

Mobile World Congress is approaching and I can’t wait to see all the new and cool smartphones that will be introduced at the event. Stay tuned in the meantime…