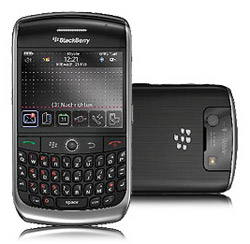 If you’re getting excited to get your hands on the BlackBerry Curve 8900 (Javelin), it’s really only a matter of time now. Simon reported earlier today that the BlackBerry Javelin has hit Germany (T-Mobile), and now the good word is that the new RIM device has gotten the A-OK from the folks at the FCC.

The Javelin will be available on both T&T and T-Mobile. Exact launch dates of course are unknown at this point, but rumor has it that the 8900 will arrive at T-Mo as early as Black Friday (I can’t wait for Black Friday!). Don’t hold me to that date, however T-Mo folks can rest assured that they will get their Berry-lovin’ paws on the device well before AT&T peeps.

The BlackBerry Curve 8900 (Javelin) has been getting mixed reviews thus far, but I’m going to reserve my own judgment on the device till I can put it through its paces (as I should). BGR was busy giving it some props today, yet in Simon’s post earlier today, he reported that fellow blogger Volker Weber gave the Curve 8900 a very disappointing review… with key flaws, flimsy backing, poor camera functionality and strange positioning of the microUSB jack.

Hey, does anyone know Steve in marketing? Because he totally screwed up that front page flash ad for Rogers' BlackBerry...