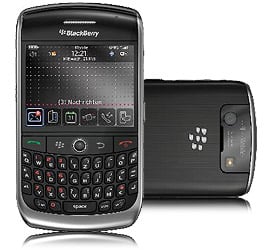 It was never set in stone that we would see the next generation BlackBerry Curve in time for the holidays (although there were a few hints), but here we are, pleasantly surprised with an official launch on T-Mobile Germany. The BlackBerry 8900’s most prominent feature is the new trackball, which promises to be tighter and cleaner than those used since the launch of the original BlackBerry Pearl. Of course, new Curve upgrades meet the bar set by the Bold, including a 480×360 display, Wi-Fi, GPS, an even bigger camera (3.2 megapixels), DivX and XviD support, and improved keyboard stylings. The lack of 3G may sting some, but for many it’s worth trading off for a slimmer profile. As always, you can expect best-in-class e-mail functions, web browsing, multimedia, and a healthy array of third-party apps. Many keys and ports got moved to the right side of the device for some reason, but it’s still very much like the old Curve, so those making the upgrade will likely have a smooth transition.

Earlier hands-on impressions have all been positive, and I’ve even heard that folks at RIM had held off on getting Bolds in favour of what had been code-named the Javelin. Speaking of which, based on the naming convention, we can count on the 8900 squeezing old-generation Curves off of store shelves and into the bargain bin for enterprise. Only the bigwig execs tend to get the shiniest new toys, which then trickle down the corporate ladder as they get older. Curves are outstanding devices, and having them more readily available for enterprise grunts is good news for those still stuck with an 8700.

As far as carriers go, it seems like RIM has thrown everybody a bone. In Europe, Vodafone has the BlackBerry Storm and now T-Mobile has the BlackBerry 8900; in North America, AT&T finally got the BlackBerry Bold, Rogers has the BlackBerry Pearl Flip, Bell and Telus have the Storm… Lots of options of consumers, and I think RIM managed to balance the goodies out nicely enough that none of the service providers would feel they’re playing favourites.

If you’re in the area and want to pick one of these up, keep an eye on T-Mobile’s online store for a mid-November launch. You can expect to pay EUR 4.95 on a two-year contract or EUR 359.90 with no strings attached. To sweeten the deal, T-Mobile’s throwing in some free push webmail service for six months to those who extend or sign new contracts.

… So, uh, when are we getting this in North America?

Translated specifications for the BlackBerry 8900 Curve behind the jump…

Samsung a777 now available on AT&T for 80 bucks

As expected, the Samsung a777 is now available for purchase on AT&T. The simple slider comes in two colors (blue...