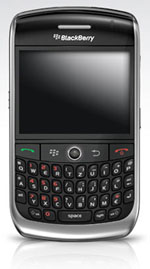 It seems as though it’s been nothing but BlackBerry Storm news over this past week, if you’re into the BlackBerry scene. Thankfully as I’m sittin here, early early Friday morning I have stumbled across this story that is thankfully about something else BlackBerry.

If you’re one of the peeps sitting there waiting to get their hands on the BlackBerry 8900, there’s a new device simulator available for your gawking pleasure. The simulator was made available yesterday on BlackBerry.com, and the BlackBerry Curve 8900 simulator tries to give you all you can handle, um, without actually handling the device. Really, it’s all talk and no action. Check it out, but you’ll probably get a big empty feeling once you leave. Not quite the same as having the device in your hands is it?

As I reported last night, MySpace for BlackBerry is live and available for download! Not a MySpace fan over here....