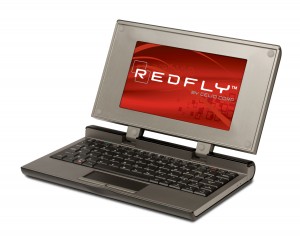 Celio, makers of the Palm Foleo-like REDFLY Mobile Companion, has announced that they’ve got two new devices in the pipeline for the coming holiday shopping season. Celio apparently didn’t think the current REDFLY was good enough on its own and has announced the REDFLY C7 and REDFLY C8N to round out its thin-client portfolio.

The Celio REDFLY C8N improves upon the current REDFLY with the addition of the “REDFLY Media Port” that allows the REDFLY C8N to be used as a TV-out display.

Following on the company's announcement of a successful Q3 2008, Virgin Mobile USA has cut some 10% of their workforce....