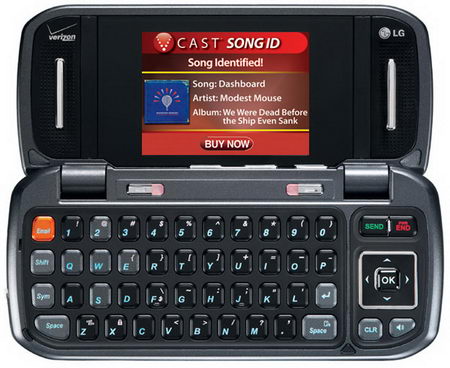 Verizon Wireless announced that their song-identifying app, Song ID, has been downloaded for 10 million times. Furthermore, since it was launched in May 2007, users have requested more than 100 million titles using Song ID.

V CAST Song ID can identify millions of songs from genres ranging from the latest chart toppers to ’80s rock classics. When the phone is placed near a music source like a stereo speaker or car radio, V CAST Song ID names the artist, song and album title. After successful recognition, the application will determine if the song is available as a full-track song, ringtone or ringback tone and, when prompted by the user, directly launch either Verizon Wireless’ V CAST Music store, where the user has the option to purchase and download the full track or the VZW Tones store, where the user can purchase the track as a ringtone, ringback tone or both.

Verizon also used the occasion to share the list of top 10 identified songs that have been downloaded as ringtones, and top 10 songs identified, downloaded and purchased as ringback tones. We won’t repeat those — here’s the link to the official release from where you can get that information, if you care that much. 😉