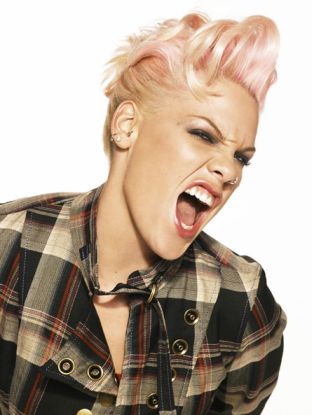 Pink - phone or superstar, they both play music.

The rumour of a Zune phone has been officially shot down on a few occasions, but like some blogospherical Bruce Willis, it simply refuses to die. Fresh information that the work-in-progress device is currently code-named “Pink”, will be manufactured by Danger, and we could be seeing prototypes as early as January at the Consumer Electronics Show in Vegas, with a proper launch at the Mobile World Conference in Barcelona. An NVIDIA Tegra chip would make this one quite the multimedia behemoth.

Recently we’ve been hearing that Windows Mobile will start offering Zune functions, possibly in version 6.5 or 7, which would likely find its way onto the device. It would be safer for Microsoft to stick with HTC to continue handling the device end of things, but patent filings suggest otherwise, and having Danger under their belt provides The Big M with an alternative they’ve got more control over. In terms of butting heads with other music-centric mobiles, namely the iPhone, the Xbox’s history is an indication that Microsoft isn’t shy about pushing into markets with entrenched competition or about producing new hardware.

It was not just the Facebook panel for Xperia X1 Sony Ericsson has launched. They also announced two additional panels...