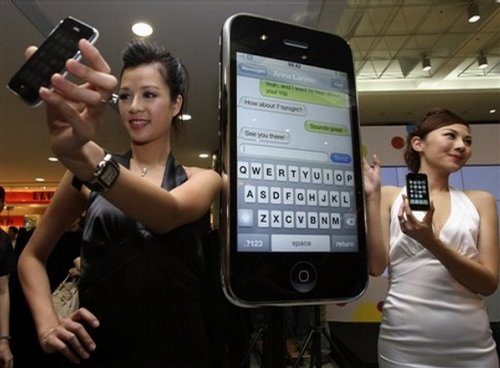 As Will reported last month, the iPhone 3G is indeed coming to Taiwan this December. Chunghwa Telecom announced today a release date of December 13th for the iPhone 3G in the country. This news no doubt has Taiwanese tech aficionados pleased as punch.

The company said it would sell iPhones exclusively for an unspecified period, with a two-year service contract carrying a minimal month fee of NT$1,049 (about US$ 31). To get a free iPhone with 8GB memory space, people will have to sign a two-year contract with a monthly charge of NT$2,549 (about US$ 76). Or they can buy the phone from Chunghwa Telecom for at least NT$26,600 (about US$ 800) and get a prepaid number.

Pre-sales on the iPhone 3G in Taiwan started today, and will run through December 10th. Chunghwa Telecom has stated they hope to sell 50,000 units by March of 2009. No doubt it will be a big holiday season for the Taiwanese telecom giant.

In a note sent out to developers in the iPhone Developer Program, Apple has alerted developers to an impending hold...