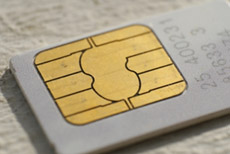 Mobile phones and their integration into daily life has changed the way the world communicates. But, the other side of this double-edged sword we call wireless connectivity poses a threat to national security , as evidenced by the Mumbai attackers’ reliance on BlackBerrysmartphones and prepaid SIM cards .

Mexico has started down the road to closing their vulnerabilities to “the improper use of cellular phones,” said Gustavo Cardenas, head of the communications committee in the lower house. Mexico’s lower-house of Congress has passed a bill that would require wireless carriers in the country to require that subscribers provide proof of address and a fingerprint upon registering for a wireless plan.

Prepaid SIM cards are notoriously easy to purchase, and can be exploited for criminal purposes. The arrest of two Indian men accused of providing pre-paid SIM cards to the Mumbai terrorists only serves to hammer home the need for stricter regulation over mobile phone records. Mexico’s new wireless bill would not only require stricter registration for prepaid calling plans, but would also demand that operators keep wireless and wireline phone records for 12 months.

The legislation’s potential impact on Mexico’s wireless industry is unclear. It’s estimated that Mexico ended the first half of 2008 with 73.45 million mobile phone subscribers, 95% of which is comprised of pre-pay subscribers. Other countries that have enacted stricter regulation over wireless calling plans have seen subscriber numbers decline by as much as 10%.

The new bill would create a reliable and comprehensive database of wireless subscribers in Mexico.