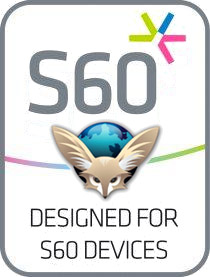 Until recently, Mozilla focused its energy to release Fennec i.e. Firefox mobile for Linux and Windows Mobile device. Now they said they’ll also release their browser for Symbian S60 platform. As a matter of fact, the development has officially started and the browser should be released during next year.

Today we (Mozilla) are focusing our efforts in mobile on Linux and Windows Mobile devices. In Q3 2008 Symbian had 49.8% of the total smartphone sales (and 57% in Q2) according to Gartner compared to 11.1% for Windows Mobile and 7.2% for Linux. There are a few other platforms: iPhone, RIM and Android that have or are gaining market share, where we for technical or licensing reasons can’t be deployed.

So in order for Mozilla to be relevant in the smartphone space we need to have a presence on the Symbian platform. We have worked with Symbian to understand and scope the size of the project and Symbian are supporting this with engineers to start working on this project so far. At the same time, several Symbian houses are interested in contributing work.

Mozilla outlined its development plan, which consists of 5 phases:

There you have it – Fennec is coming to Symbian. We should see the first demo at Mobile World Congress in Barcelona, when hopefully we’ll have more to report on the subject. Stay tuned…